A downloadable game for Windows, macOS, and Linux

Note: This is the prototype for my game in development.

You can read the devblogs of Ancient Warfare 2 on my website:

You take control of a knight with sword and shield and try to kill all the red guys.

10 Levels to have some fun and kill red guys

3 different difficulty settings. Enemies spawn faster with the time and you have to kill as many as possible.

You can place the enemies like you want and try to beat them.

There are currently 7 different enemy types in game:

A simple guy with a normal blade, medium dangerous.

This guy will try to kill you with a mace, in groups and behind you, they are very dangerous

Tries to stay at range from the player, because his spear is long enough to hit him from away. This makes this troop quite difficult to handle.

As the name says, this guy has a bow and will try to sniper you from far distance. Better use your shield to protect from flying arrows.

This guy doesn't have any weapons and will just try to punch you. Large groups can make you lose the control.

This guy is like the player. He is equipped with a sword and a shield and has more hit points than the other units.

This unit will throw his spear at you and after that, he will try to punch you.

I created this game for a jam, so it hasn't much features.

If it gets good feedback, I might continue development or create a second part and replace animations through physics. I could also add friendly troops, so that you can let 2 teams fight against each other.

Anyway thanks for playing! If you want to do me a favor, vote on the ludumdare page or write a feedback here, please.

Unpack the the .rar and start the .exe. Thanks for downloading!

Why theres not Ancient warfare 3 :(

this was posted in 2021 gonna try this game

i have aw3 so this is old news

the game needs an improvement, but it has everything to if a game fuck

How do I Deselect  troops?  cos I cant Select a troop when I have a troop in my hands...

still wish you put more time into this game JNI will now it,s here rotting away

Is there a way to do multiplayer to build a army of blue guys?

In the first part you can't. In the second, you can have allied units, but there is no real multiplayer

Good old times... thank you for sharing you video, I will watch it later ;)

jni this game is amazing and I cant wait for level bundles and I hope you add a second campaign or more levels. I think this game has a lot more potential and you as a developer can make other great games as well.

Hey. Most problems are caused because people don't extract the zip file before running the game. So please make sure that you are doing that right. If your problem does still exists, please send me an email (janniknickel.info@gmail.com) with the output_log.txt, which is in the AncientWarfare2_Data folder, attached. This helps me to help you with your problem.

One of the best games ever :) I am waiting for the next update ;)

Thank you for sharing! I will watch it later.

Which platform do you use?

how do you get in the game

If you don't know how to open the game, you have to extract the zip file first. After thateexecute the exe in the extracted directoy.

I was looking around trying to find something worthy to play and I think I'm in the right place for that! I tested this yesterday and it is pretty good!

Thank you for reading,also for making this game.

Thank you for your words, they are very motivating!

I like the improvements you have made the progress is super fast man.

Thanks for playing and you feedback! Btw I released a beta patch to fix most of the bugs and add some new content (not all)

Thank you for your words, this is what keeps me developing!

Hilarious game! I love this!

I really think you need to add a moving camera and maybe a better handswinging motion.

But apart from that it was GREAT! i loved it! :) Here is my little video :P

P.S. You can actually run around all the enemy's and just finish the levels without attacking anyone.

Thanks for playing and your constructive feedback!

This is awesome game and i had lots of fun playing it! Can't wait for Ancient Warfare 2 to come out! https://www.youtube.com/watch?v=-8JjC2xFX6Q&feature=youtu.be

Thanks for playing! 5th october will the a beta.

I definitely had way too much fun with this. Great game, would love a more polished version, but this is really funny.

Thanks for playing! A polished version is on the way (5th October)

This game is really fun i really had good time! this game has a lot of potential if you ask me ! Keep on going guys ! look foward Ancient Warfare 2 Open Beta ! but if you guys enjoy some game-play footage ! check out my video on it, i do all sort of Indie games and many more ! so if u like it please hit the like and subscribe button !

Thanks for playing! Your voice is really nice :D

Good to hear, enjoy it!

Haven't finished it yet but here is the first episode:

I'm having a lot of fun in it so far

Awesome! Thanks for playing.

Check out my gameplay video its basically a custom battle generator it would be cool to add some other stuffe that they can shoot like pellets.

Haha way to much troops :D

the zip dosent work so i cant play the game :(

how do you unpack it?

what do you open the rar file with?

You can unpack rar files with any extracting software of your choise and the mac os file explorer should be able to extract zip files.

Just google for mac os rar extractor or mac os open zip file. I'm sure you will solve it.

how do you unpack it? and i dont have a mac

Reply
JNI6 years ago
Oh, I though so because you said .zip. The windows download is a .rar file. You can use freeware like 7zip to extract rar files. Or winrar, but it's a shareware
Reply
loker5 years ago

is there any other way to unpack it? and could you add a zip verison

Reply
The Hard Croc6 years ago(+2)

For such a basic game (in its current state), this was definitely fun and has a ton of potential! Excited to keep up with it :)

Thanks for playing it and for your good words!

Reply
The Hard Croc6 years ago

Sorry, but it's not possible, because I don't have a high bandwidth and all large uploads will fail after a few megabytes.

I can only upload files from somewhere else (not at home). The next possible date to upload something is 27th September.

Do you use the itch.io app or browser? If browser, which one do you use? 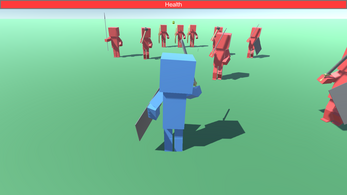 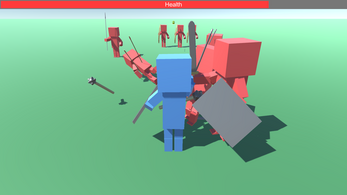 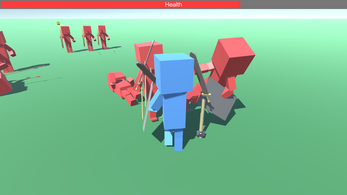 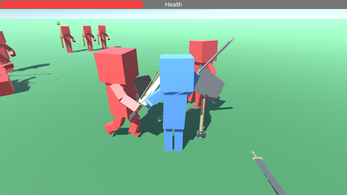